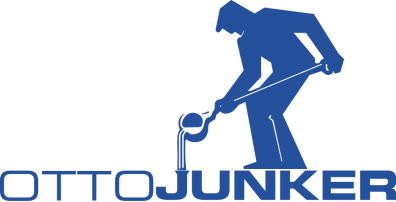 In 1924, Otto Junker founded the company bearing his name at Lammersdorf, some 20 km south of Aachen. The economic foundation of what was originally a craftsman's establishment lay in the water-cooled billet mould for the nonferrous semi-finished products industry that had been invented by the founder's father, Andreas Junker.

Over the decades that followed, OTTO JUNKER GmbH evolved into a successful medium-sized industrial enterprise with a comprehensive product range.

Since the death in 1982 of Dr.-Ing. E.h. Otto Junker, its sole proprietor, the company has been owned by the Otto Junker Foundation, an institution set up in 1970 with the primary aim of supporting young engineers.

Due to the 90-year-jubilee of OTTO JUNKER a digital chronicle has been made.